It is always interesting when smart people look at the same set of data and come to two different conclusions.

That is what we have between the views of author Dan Brown and Space Entrepreneur Peter Diamandis.

Both have written books in response to projections that we are rapidly moving towards a global population of nine billion human beings, while not having the food, water, energy and public health resources to manage such a population. Brown’s book is the novel Inferno, and Diamandis’ book  is a non-fiction treatise called Abundance: The Future is Better than You Think.

Brown is, of course, the bestselling author of such books as the Da Vinci Code and Angels and Demons. His protagonist in Inferno is the same as in the previous novels, Robert Langdon, a Harvard professor that is an expert in deciphering symbols. Brown leads the reader down a path where the statistics about our coming nine billion person global population and the possible ramifications are all part of the plot. There are even graphs provided. 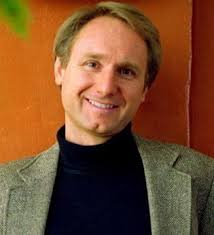 Brown carefully touches upon many of the “Third Rail” issues that such thinking brings up: Malthusianism, Eugenics, and forced population control. While he is careful to make sure that Robert Langdon and the other ”good guy” characters in his story are on then “correct” side of these issues – he leads the reader to what is at least an ambivalence, if not a resigned acceptance of a radical, involuntary, forced solution (which always seems to echo the Nazi’s “Final Solution”) to the problem. (I would expound further but I do not want to spoil the novel for those who have not read it.)

While Brown has not been a stranger to controversial views in his novel – in fact he seems to thrive upon them – in Inferno Brown has gone down a dangerous path. The fact that he is an effective and accomplished writer makes it all the more disturbing – his views will be read by many and he leads the reader carefully down the path.

While it would not make as good a novel, I wish Brown had read Abundance by Peter Diamandis and Steven Kotler. Kotler is a well respected journalist. Diamandis is an M.I.T. trained micro-biologist and aerospace engineer and, like Dan Brown’s Robert Langdon, has a Harvard connection: Diamandis achieved an M.D. from Harvard Medical School.

Kotler and Diamandis look at the same graphs and projections that Brown does and decided that technology can answer many of these problems. In food and water, emerging technologies and the efforts of the new generation of philanthropists are coming up with novel and low cost solutions. Similar events are happening in energy and healthcare.

Diamandis points out that much of this innovation will come from Do It Yourself Inventors and the new tech billionaires who have turned their finances and keen minds towards solving global problems – rivaling the efforts of the Carnegie’s and Rockefellers in previous generations. He also points out that the continuing multiplication of computing power (Diamandis is a Co-founder along with Ray Kurzweil of the Singularity University) will combine with the innovators to lower the cost of education and information not just in the developed world, but in the developing world too. In fact, Diamandis views the coming new billions of people in developing nations as an economic opportunity – as cell phones come on line for these people; they will be part of the global economy.

Diamandis is not wrong in this outlook – one of the wealthiest men in the world is Carlos Slim – who made most of his money in providing cell phone service in Mexico- who would have guessed that twenty years ago?

Interestingly, most of the solutions provided by Diamandis come not from governments but from the private sector. Diamandis himself is trying to take space Exploration private as a Co-founder of a asteroid mining company called planetary resources. In his future, it is private individuals and not politicians or governments that will solve problems.

Chances are more people will read Brown’s book than Diamandis’. They both deserve respect. The fact that two bright men have written books where the underlying theme is the coming challenge of a world population of nine billion means that this will be the subject of public discussion for years to come.

Let’s hope that we choose to go the route of Diamandis’ Abundance, rather than down towards Dan Brown’s Inferno.

This entry was posted on August 23, 2013, 7:30 pm and is filed under Economics, Population Control. You can follow any responses to this entry through RSS 2.0. You can leave a response, or trackback from your own site.