At Myths End; Avengers, Game of Thrones and Star Wars all conclude this year

Posted by Dan Godzich in Economics, Film, Uncategorized, World Affairs on May 1, 2019 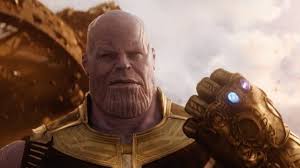 We are at a time of endings.

The Marvel Movies end the Avengers storyline with Avengers Endgame.

Game of Thrones (GOT) is in the final Season 8.

The Star Wars saga will end later this year with Episode 9.

Star Wars has taken forty years to be revealed to us. Avengers and GOT both have taken around a decade.

(I was tempted to add the final season of Big Bang Theory, also around a decade, and the Mueller Investigation which felt like it took a decade, but I digress.)

Avengers and GOT both started around the same time as the greatest economic crisis in eight decades rocked the world. Generations that had primarily experienced prosperity around the world looked for answers. Star Wars first entered theatres during the late 1970s, also a very unsettled economic time.

Much of the world had turned away from the archetypes of the past; ancient myths in literature, established coming of age rituals and even religious faith. That is where these new myths filled a need.

Thanos, the Night King and the Emperor Palpatine all seemed to spring from our collective nightmares; we all felt there was something wrong in the world. They let us put a name on it. They let us cheer heroes that fought them.

With the global cinema audience and the availability of DVDs and live streaming, these myths were shared globally faster than myths ever have in human history. A young woman in China can Facebook message a friend in Russia about who they think will end up on the Iron Throne. Young boys in Europe, Latin America and even Africa may all be wearing an Iron Man T-Shirt. Children in many lands told their friends “May the Force be with you,” in many different languages.

Some of those children are the global leaders of today. When they encounter each other, they can talk about how they are taking their children or grandchildren to see the last episode of Star Wars. It is something we have in common.

Just as Greek Mythology defined the borders of Ancient Greek Civilization, or Norse Mythology did for Scandinavians, or Hindu tales defined that civilization; these new myths define our modern world. People who have internet, access, televisions and movie theatres, share these myths.

Sometimes, artistic communities can sense changes in culture before they happen. It is interesting that these modern day sagas, that have captured our consciousness, are all ending around the same time.

Joseph Campbell, author of The Hero with a Thousand Faces (his writings inspired George Lucas the creator of Star Wars) observed that a common theme in myths is death followed by a new birth. Sometimes it is death of a hero, sometimes death of an idea or a fear. It is after that a new fulfillment can begin.

We appear to be finally putting the global Great Recession behind us. Hopefully an economic lesson has been learned. Dare we hope for another long-term prosperity?

Many of the followers of these shows and movies have enjoyed finding so-called Easter Eggs and foreshadowing elements.

Let’s hope that the conclusion of these myths at the same time, is foreshadowing a bright new beginning in the real world.