Looks like America will be flying solo – another “kinetic” intervention in the Middle East.

Everyone condemns the use of chemical weapons. Nobody but the US and Israel are willing to do anything about it. (Remember months ago the Israelis attacked Syrian chemical weapons stockpiles – now it seems America’s turn is coming.)

In fact is seems this is the pattern. Israel attacked the Iraqi Osiris nuclear power plant in the 1980’s to prevent Saddam Hussein from getting nuclear weapons. A few years later, the US led the first Gulf War against Iraq and a decade later went in for a long bloody stay, based on reports (that turned out false) of Weapons of Mass Destruction (WMD) production.

Israel bombed what may have been a Syrian nuclear processing facility last year, and as mentioned previously, chemical weapons stockpiles a short time ago. Now the US looks like it is going to take its turn in Syria. Meanwhile, the people of Israel are stocking up on gas masks. Is any other nation having to do that?

In Iran the nuclear program was pushed back by the Stuxnet computer virus. Depending on whom you listen to, it was probably done by either Israel, the US or both together. 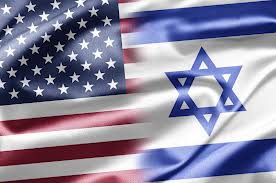 As for North Korea, has anyone other than the US stood up to them?

(Side note: sixty years ago we came to South Korea’s aid as part of the Cold War and because the North and South were even matches for each other. Today South Korea is far richer and incredibly more advanced technologically than North Korea. If it weren’t for the WMD question, the South Koreans should be able to easily hold off the North without our help. Yet twenty-thousand US troops still remain in that breach.)

Yet it seems that it is up to Israel and the US to go it alone.

The American people are tired of being the muscle for Germany, France, Saudi Arabia and other countries that are well off financially but expect Americans to always pay the price in blood and treasure.

If this Syrian adventure goes badly – you can expect a time where it will become very hard to get the US to intervene militarily without being attacked directly. Perhaps even Israel will become war-weary.

There’s an old saying that you need to pick your battles – it’s time for some of the other nations that profess to be for a stable international order – to do some heavy lifting; instead of always hiding behind the US and Israel.

The International Criminal Court has issued an arrest warrant for Muammar Gaddafi, which will just cause him to dig in deeper. That is why I am re-issuing the blog post I wrote last December and then updated when NATO started the “kinetic military action” in Libya.

Generally, I don’t want to make a habit of reissuing old posts. Recent events have made a strong case for the premise of this piece and it deserved a revisit. This post was originally written weeks before the Tunisian Revolution, the Egyptian Revolution and the Libyan Revolution. President Zine El Abadine Ben Ali of Tunisia wound up in exile in Saudi Arabia. Hosni Mubarak of Egypt has peacefully retired to a palace along the Red Sea. Yet that did not happen in Libya.  According to Italian Prime Minister Silvio Berlusconi:

“Once someone put forward the idea of bringing Gaddafi before the International Criminal Court, I think the idea of staying in power became entrenched with him and I don’t think anyone can make him change his mind,” he told reporters.

Granted Berlusconi certainly has his own share of political and legal problems. But of all the European countries Italy has been the closest to Libia and Berlusconi probably has the best read of the Libyan strongman’s mindset. His statement gives credibility to this post that I originally made last December.

Why haven’t the two Korean nations united as did East and West Germany?

Perhaps it is because there is no way out for North Korea’s ruling Kim family. If the Korean nations unite, who can doubt that a prosecutor or judge in Europe will indict them for crimes?

This was the same dilemma that faced Saddam Hussein. He knew the US invasion was coming. Days before the start of military action in 2003, Saddam was offered a life in exile. Why not live out his days with his wealth and Viagra?

But Saddam only had to look at the situation of his friend, former Serb strongman Slobodan Milosevic. Four years earlier Milosevic, after having left power in Serbia, was arrested and held in a jail cell. He was placed on trial. He died in prison.

Saddam knew Milosevic well. The Iraqi’s had their bunkers built by the Serbs who had learned from the US bombing in the 1990’s.

They were kindred spirits. So when Saddam was offered exile, he had only to look at Slobodan’s fate and conclude that he was better off trying to stick it out in Iraq. We all know the rest.

Contrast this to the Exile of Chilean General and dictator Augusto Pinochet several decades earlier. Pinochet was allowed to live in exile in Spain with some of his ill-gotten gains. The transition in Chile to democracy was relatively smooth and peaceful when compared to the invasion and occupation of Iraq.

The Kim’s of North Korea have no doubt watched what happened to Milosevic and Saddam Hussein. They knew them both. People who are used to leading entire countries can conceive of retirement with their wealth, but living in a prison cell is worse than death.

The European courts and judges mean well. The idea of dictators living out their years in the lap of luxury without being brought to justice is distasteful. No civilized human being likes that idea. Part of the idea is making sure that dictators and others know that there is an international watch on their doings and that this would encourage good behavior.

But reality has us working in a world with paranoid dictators at a time that nuclear technology is achievable. Dictators and repressive regimes are turning to the Korean model of buying time and respect by acquiring nuclear weapons. Wounded dictators with nowhere to go are as dangerous as cornered animals.  They will fight to the finish. Now they can do so with nukes.

The exile option is far from perfect (Europeans know this from the Napoleon experience, where his return from exile led to another war.) The alternative, attempting regime change against dug in despots with atomic weapons (think North Korea, and soon Iran) and suddenly exiled dictators playing in their retirement palaces doesn’t seem so bad.

The world and European courts need to reexamine their prosecutorial zeal and allow the exile option to reemerge.

After the recent events in Lybia and Berlusconi’s remarks the last sentence above is more relevant than ever.

“It appears that the WMDs that were supposed to have been in Iraq have finally turned up in Libya,” said Secretary Clinton. When asked how certain the  US is of this, she replied, “It’s a slam dunk.”

When reminded that the “slam dunk” phrase was used by a previous administration in regards to WMD in Iraq, Secretary Clinton said, “President George W. Bush was a baseball owner and President Barak Obama plays basketball. This administration knows what a ‘slam dunk’ really is.”

When asked for a comment on this remark Director of Central Intelligence, Leon Panetta , said, “The Agency has a policy of not commenting on the footwear of our covert operatives.”

Reached by telephone for comment, former Secretary of Defense Donald Rumsfeld , said “What? In Libya?” then there was sound that sounded like a hand slapping a forehead, “Why didn’t we think of looking there?” Then the line was disconnected.

A question was posed to Secretary Clinton as to what kind of WMD had been found in Libya to which she replied, “Bad ones.” When questioned as to if there were any sort of “good WMD” she answered, “Good WMDs are ones that we or our friends control. Bad ones are in the hands of bad people.”

Since shortly after the invasion of Iraq, Libyan strongman Muammar Gaddafi claimed to have given up on his own nuclear and WMD programs. It was asked why he would have Saddam Hussein’s WMD.

“You just said it,” answered Clinton. “He gave up his own WMD because he already had Saddam’s, why did he need his own?”

Asked if this will increase the US operation Odyssey Dawn from just enforcing a “No-Fly” or a “No-Fly and No-Drive” Zone to something else, Clinton remarked:

“The Kinetic Military Action in Libya should more properly be referred to as a ‘Flying-by-the-seat-of-your-pants’ Zone.”

When the White House was called to have this matter confirmed by the National Security Advisor, Tom Donilon, the newly installed White House Press Secretary Jay Carney responded by saying, “Who?”

Current Defense Secretary Robert Gates was contacted for comment on the existence of Saddam Hussein’s WMD in Libya. He responded by saying, “Ask Valerie Plame.”

More of this story to come as it breaks, today, the first day of April…