If I only had a brain…or at least a PMP.

Posted by Dan Godzich in Uncategorized on March 13, 2014

“They have one thing you haven’t got. A diploma!”

– The Wizard of Oz 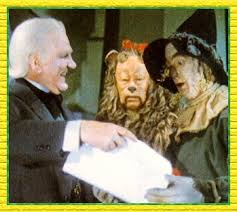 Recently I received my Project Management Professional (PMP) certification from the Project Management Institute (PMI). As I posted on Facebook, friends and family have claimed for years that I was certifiable – now I am actually certified.

The experience of receiving my PMP made me feel a bit like the Scarecrow in the Wizard of Oz. For years he wondered if he had a brain; the Wizard informed him that it was not a brain he needed, it was a diploma.

In a similar fashion, it had been difficult for me to explain what I have done throughout my professional career. I have done Film and Video Production, Political Campaigns, Book Writing, Digital Media and a great deal of consulting for both for profit and non-profit companies – in the US and overseas. I have even been in government positions and in corporate structures. The thing was, I was usually the person on the organizational chart where a line ran from either THE top person or A top person and did not intersect or fall under any other category in the organization.

The reason was that I was usually either a Program Manager or Project Manger doing special projects to meet the strategic goals of top management. These were often projects outside of the functional or operational scope of work in the organization, yet required me interacting with numerous parts of the organization – IT, Legal, Marketing, Public Relations, Accounting and Finance, Human Resources, Operations and Product Development. I was the box outside the other boxes.

This why I was so pleased when I found out about the PMP certification. Finally there was an acknowledgement of my profession. Film and Video Productions, Political Campaigns, and other consulting I have done have all been projects. At last I was able to tell people what it is I do – as diverse a background as I have in many different fields and industries, the one thing I have been consistently is a Project Manager.

While studying for the exam I did find that there were some Project Management Institute approved terms for things I had already been doing for years – so there was some re-learning of vocabulary (for example, what I had always called “vendors” PMI called “sellers.”) Yet on the whole it did feel like the exam was testing my entire career – which worked out well since I passed with high marks.

Thanks PMI for giving our profession recognition and a name!

Oh and a diploma.